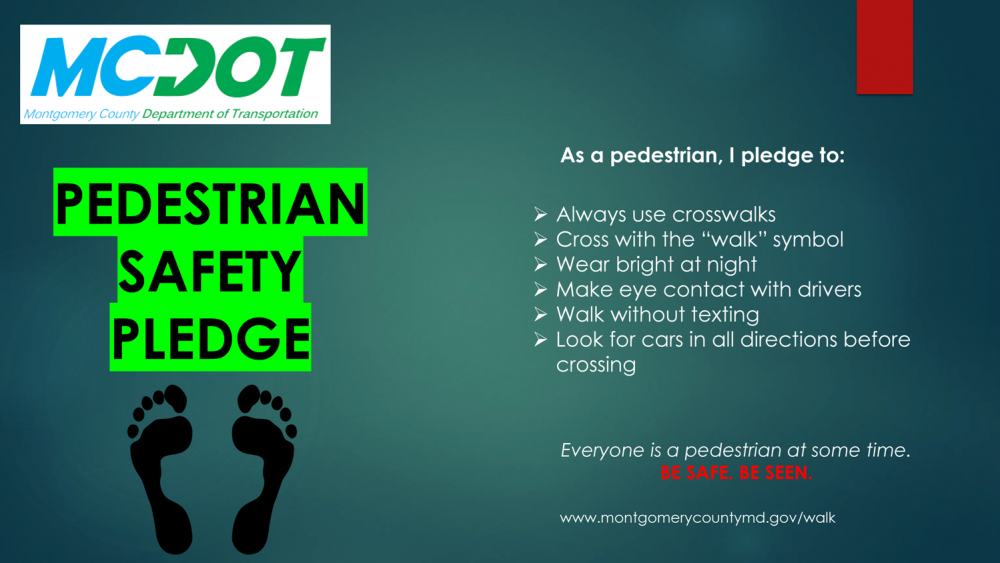 Be Safe, Be Seen

Montgomery County Department of Transportation (MCDOT) joined other County departments and agencies to launch an aggressive campaign to make drivers, pedestrians and bicyclists aware of the added perils of decreased hours of daylight.

A 2016 study by the National Highway Traffic Safety Administration showed that 26 percent of all pedestrian deaths occurred between 6 p.m. and 8:59 p.m.

Because peak evening commuting times in fall and winter occur during periods of increased darkness, danger is increased. The adjustment to Standard Time began the shift for this season.

The Be Safe, Be Seen campaign is a collaboration facilitated by the County’s Vision Zero Initiative, which is committed to reducing and eventually eliminating all traffic-related deaths.

During the campaign, MCDOT will visit the eight Ride On bus stops that have the highest ridership levels to reach people who may be walking to or from bus stops in the dark. In addition, staff will visit seven high schools with the highest number of students who walk to and from school. View the MCDOT calendar for date and times.

The Be Safe, Be Seen campaign will be aimed at both adults and children. Literature in English and Spanish offering safety tips and other safety education brochures, reflective items and glow sticks will be distributed and serve as reminders to avoid distractions and maximize safe behaviors and visibility while on the move—especially in darkness.

Learn more about this county-wide initiative. 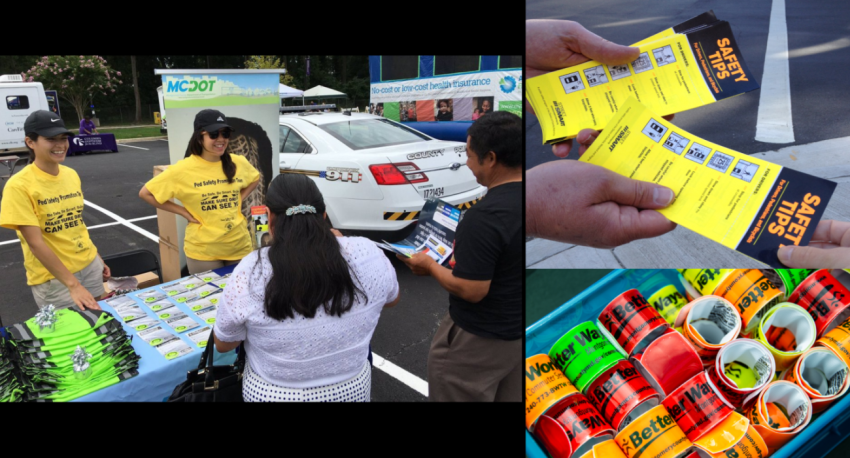 Below is a list of targeted bus stops and schools that will be visited this month: