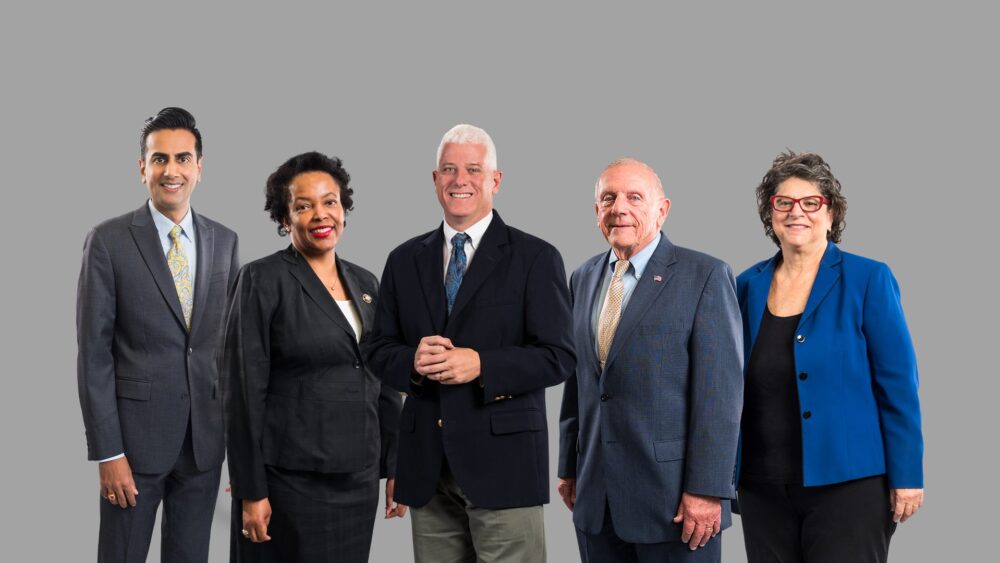 David Winstead, host of In The Know invited Casey Anderson who has been the Chair of The Montgomery County Planning Board since 2014 and also the Chair of The Maryland National Capital Park and Planning Commission. Which is the bi-county agency established by state law that regulates real estate development, plans transportation infrastructure, and manages the park systems in Montgomery and Prince George’s Counties. The five Board members are appointed by the nine Montgomery County Council Members.

Learn about Thrive Montgomery 2050 that is an update from the Wedges and Corridors Plan. The plan that governs all plans and was adopted in 1964. Thrive Montgomery 2050 builds on the ideas and principles of this 1964 original, that has guided development and the way the county plans. The 1964 plan doesn’t mention anything about Racial Equity or anything to do with Socio Economic Inequality, so it absolutely needed to be modernized. 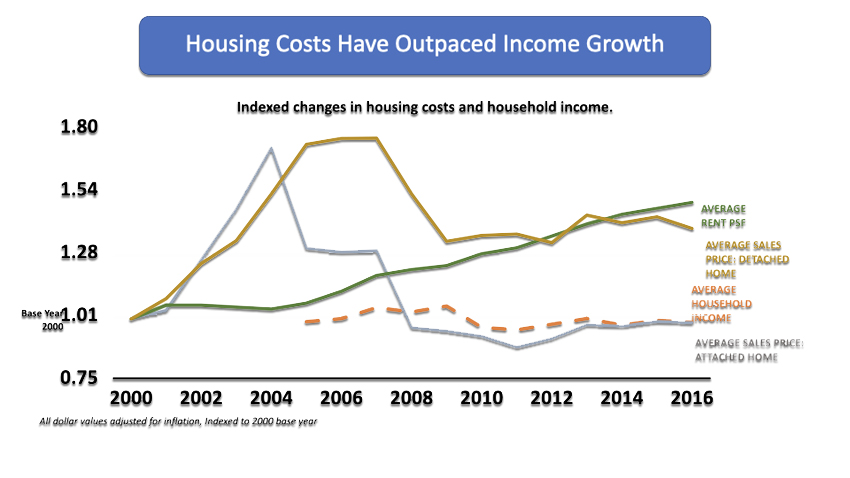 The housing development has been below 2,000 units the last couple of years, but the job and population growth has been pretty steady in Montgomery County. The housing supplies hasn’t recovered since 2008. Zoning, taxes, and fees are under the control of the government. The cost of building materials, access to capital, and skilled labor are harder to control. After 2008, people left the industry to leave the unnecessary exposure to the economic risks and the ups and downs of the real estate market. On top of the opioid addiction greatly effecting the construction industry making it harder to fully recover.

How do you support residences and businesses needs they have for public infrastructure? Meet issues with more adequate public facilities. A key decision the County Council made was to end the school moratorium that is applied in places where schools are crowded and you couldn’t build housing. It is better to see construction proceed to charge fees on new development to be able to help pay for schools. Helpful both for the schools and to get housing going in desirable parts of the county. Mr. Anderson believes the County Council should be open to utilizing Tax Increment Financing (TIF), as well. TIF is an additional tax revenue that is generated by development in a specific area and used to fund infrastructure. Prince George’s County has utilized it effectively.

The Board is trying to find a balance of how to pay for infrastructure, while also making sure to not prevent anything from getting built. Especially when the mechanism we are using to get the money rely on development and new construction. 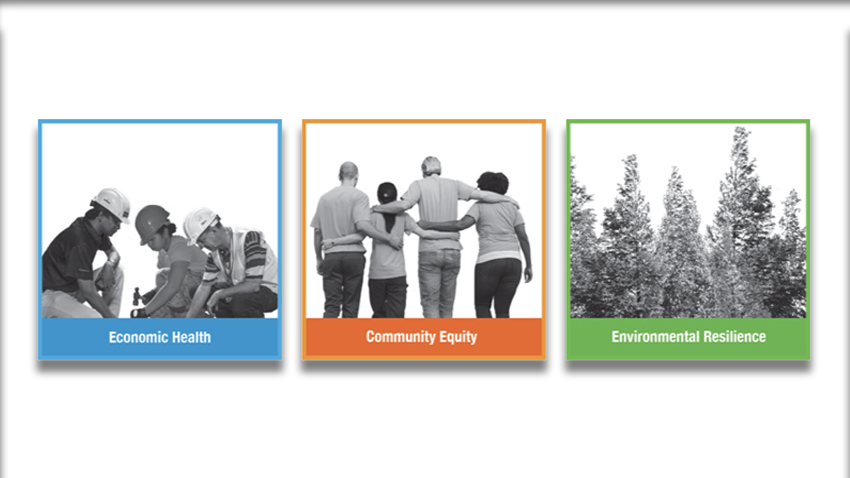 Key elements of Thrive Montgomery 2050 in terms of transportation are in parallel with a soon to be approved bill by the County Council, that establishes priority for transit infrastructure in I-270 corridors. It will include toll revenues that will be dedicated to transit. This plan was in effort to allocate those revenues and other sources of transit money from local, state, and federal levels as a viable way to get around, not just for work, but life. The Planning Board is not expecting everyone to get rid of their cars, but include public transit into their life more.

Thrive 2050 helps move the Bus Ride with the Transit System on 355 from Bethesda/Friendship Heights area – Clarksburg to try and connect, Rockville/Viers Mill corridor up to Germantown/Life Sciences Center and eventually to Clarksburg and have some supporting express bus services using dedicated lanes.

People take public transit because it make sense to them and is an efficient and pleasant way to get to their destination. Also, it has to run during times when needed and run often enough to be competitive with car travel.

Need tolling because congestion is a cost. Road capacity is a cost and need to find a way to allocate efficiently. There are concerns about socio economic equity, but there are ways to address by providing significant investment in toll resources. It has redistributing effects that are progressive. The more toll revenue that goes to transit, the more it tends to serve lower incomes (lower than drivers on I-270 corridors), a progressive way of allocating toll revenue to transit.

The Montgomery County Planning Board is not trying to force anyone to do anything, but what makes sense for them. They want to design communities around people and think about mobility and how it can best be in line to serve those human needs. Biking and walking should be made to be a more viable alternative, not just safe, but attractive and convenient. That will facilitate a natural choice for those short trips, which make up the bulk of peoples trips out. 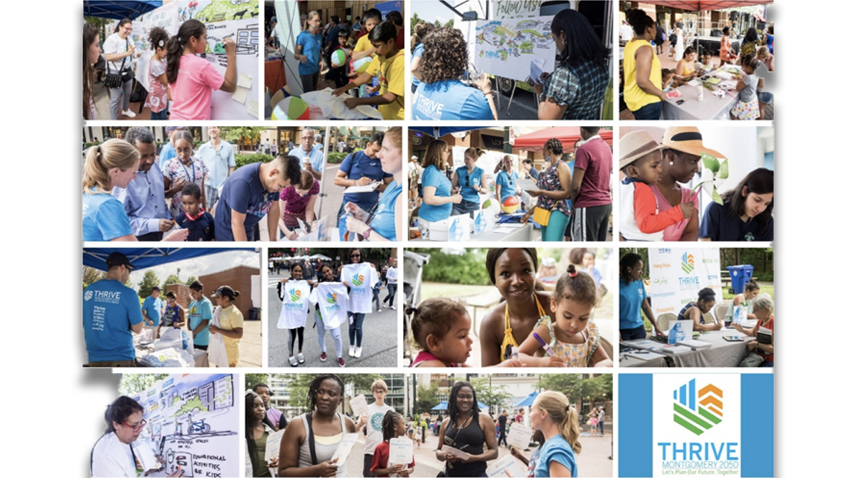 In some ways the more urban light locations, not just Bethesda and Silver Spring transit, are oriented closely in suburban downtown. Evan Park Potomac, which is right off of Exit 4 has no transit, but in a special way is urban. Think we are seeing that it can be, in some ways, more appealing because people feel they don’t need to be in the city, but want the convenience of everything close.

There is still a need for people in the office who are collaborating. Telecommuting will continue as an aspect of work going forward. Enduring the value of being with people and exchanging ideas is still very beneficial and required.

The Montgomery County Planning Board looks at their role not just as regulatory, but also has become much more about economic development and competitiveness. The newer role as regulator is one who says we want you here and we want to encourage development because housing is infrastructure that puts a roof over peoples heads.