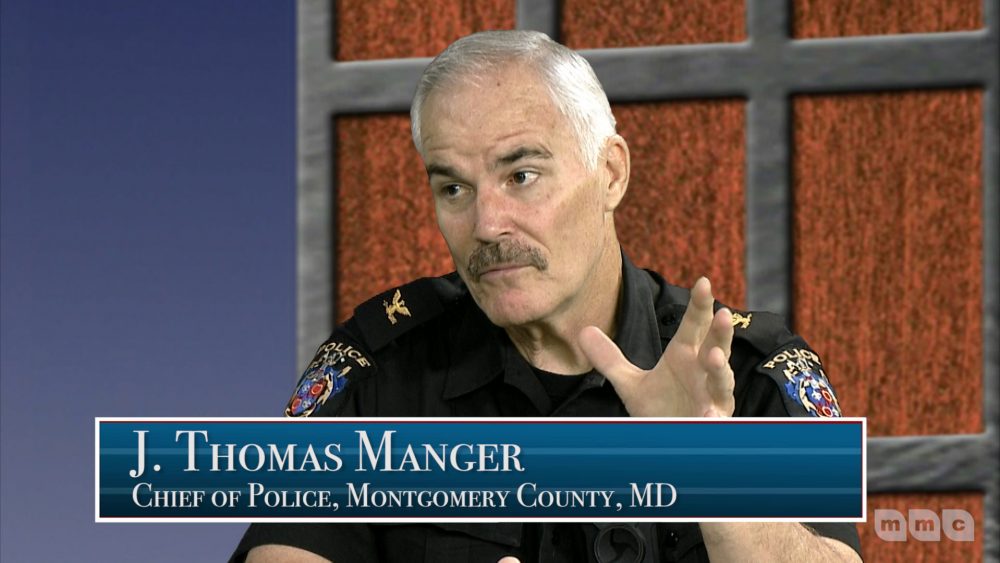 Montgomery County Police Chief J. Thomas Manger announced Wednesday that he will retire in April after 15 years running the 1,300-officer force during which he became a national voice on police issues. Manger said he plans to join the Major Cities Chiefs Association to head the group’s legislative efforts in Washington. Manger, 64, has been a police officer for 42 years and is a well-known figure in the Washington region having led the Fairfax County force in Virginia before taking the Montgomery County position. Manger said that recently elected county executive, Marc Elrich has asked for his help in selecting a new chief, who would need council approval.