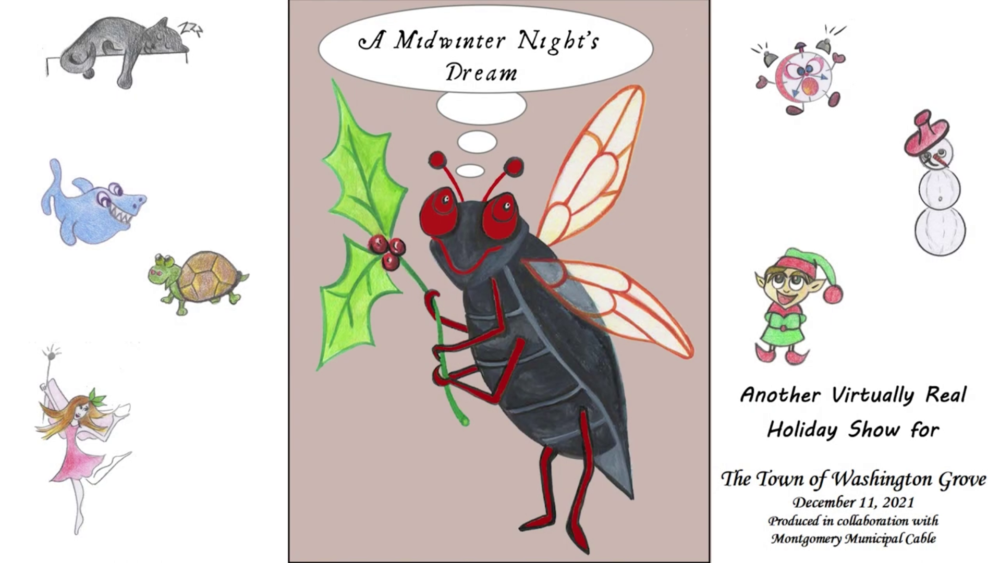 A Midwinter Night’s Dream:  A Virtual Holiday Show for the Town of Washington Grove

On Saturday, December 11th at 7:30 p.m., MMC premiered A Midwinter Night’s Dream:  A Virtual Holiday Show for the Town of Washington Grove.  Close to 60 folks (all but a few are Grove residents) were involved in the show in some fashion — as actors, musical performers, stage crew, choreographer, artists, script writers, or assisting with costumes, props, or sound effects. The credits for the show even list three “sea creature wranglers”!
For the second year in a row, instead of being a live show in the Town Hall, the show is being done virtually, with video and video editing by MMC.  One huge advantage from the residents’ point of view, is that grandparents (as well as other family members and friends), wherever they are in the country, can watch the show.